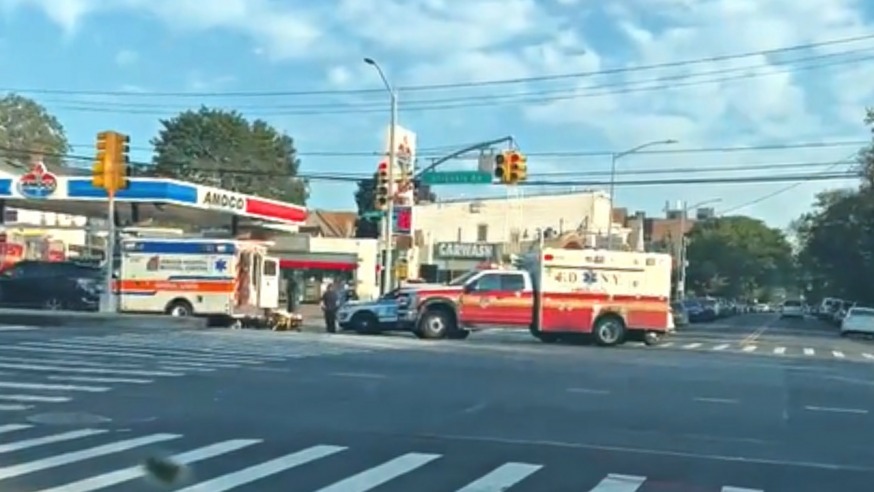 A motorcyclist was killed Saturday after he ran a red light and plowed into an oncoming car in Richmond Hill. (Photo: Citizen)

A motorcyclist was killed Saturday after he ran a red light and smashed into an oncoming car in Richmond Hill.

Francisco Santiago, 31, of Williamsburg in Brooklyn, was riding a 2009 Yamaha motorcycle at around 7:40 a.m. when he ignored a steady red light at the intersection of Atlantic Avenue and Lefferts Boulevard and struck a 2016 Subaru Impreza, according to police.

Santiago, who was traveling westbound on Atlantic Avenue, was ejected from the motorcycle upon impact and came crashing down onto the roadway, police said.

The Subaru driver, a 30-year-old woman, was heading eastbound on Atlantic Avenue and was in the process of turning left onto Lefferts Boulevard when Santiago plowed into her vehicle, police said.

When police arrived on the scene, they found Santiago unconscious and unresponsive with severe trauma to the head. He was wearing a helmet at the time of the incident, police said.

Santiago was transported by EMS to Jamaica Hospital Medical Center where he was later pronounced dead.

The driver of the Subaru was uninjured and remained on the scene.

There have been no arrests and the investigation remains ongoing.