This article was originally published
by The CITY on JUL 19, 2021, 10:07PM EDT
BY Samantha Maldonado

Under the new ranked choice voting system, New Yorkers got to cast ballots for their top five choices for mayor and other municipal offices in last month’s primary.

When it came to whether the new system worked, supporters and critics Monday were offering what amounted to straight yes-or-no verdicts.

The full story could rest in the raw data for all ballots cast, which the city Board of Elections has yet to release.

“People showed up. We know they went to vote,” said Sarah Goff, deputy director of Common Cause New York, a nonprofit that advocates for democratic engagement. “We know a lot of them obviously chose to rank.”

She pointed to the relatively few “exhausted” or “inactive” ballots — meaning that most people’s ranked votes played a role in the final outcome of the Democratic mayoral contest in which Adams beat Kathryn Garcia by less than one percentage point. ‘People showed up. We know they went to vote.’

An analysis of the 2021 mayoral primary results from Citizens Union released Monday found that just under 15 percent of voters across the city had inactive ballots in the final elimination round under ranked choice voting.

By comparison, in 2013’s Democratic mayoral primary, 33 percent voters cast ballots for candidates who didn’t make it to the top two spots. The decrease in what the report called “wasted” ballots held true for almost every race in the primary, according to the analysis.

Plus, nearly million voters headed to the polls in June’s primary, compared to just over 772,000 in 2013’s mayoral primary.

The more than 29 percent increase in citywide turnout indicates that ranked choice voting did not suppress votes or cause regular voters to skip their turn at the polls, according to Ester Fuchs, a political science professor at Columbia University’s School of International and Public Affairs.

Most voters surveyed indicated they ranked at least three candidates in the mayoral primary, and 95 percent of voters surveyed found the ballot simple to complete — findings that held true across ethnic groups.

Taken together, the data “gives us an indication that a lot of the criticism is politically motivated and not based on what voters think,” Fuchs said.

That’s in direct contrast to what Adams told WNYC’s Brian Lehrer Monday: The Brooklyn borough president said that ranked choice voting became a problem because of the failure to educate voters, though he offered no data to back his claims.

“Your listeners, Brian, your New York Times readers, your Wall Street Journal readers, and all of those that had the ability to analyze all this information, it’s fine for them,” Adams said. “But that’s not the reality when English is a second language, that’s not the reality for 85-, 90-year-old voters who are trying to navigate the process. Every new barrier you put in place, you’re going to lose voters in the process… I knew that was going to be a problem and it turned out to be a problem.”

Divided opinions about ranked choice voting cropped up long before the city Board of Elections’ bungled roll-out of the preliminary results — a mess-up that had nothing to do with ranked choice voting, but spurred concerns of undermining confidence in the new system.

Supporters of ranked choice voting, which New Yorkers approved in a 2019 referendum, said it would result in positive and collaborative campaigning. They also said the system would draw more — and more diverse — candidates and prevent vote splitting among voting blocs.

With ranked choice voting, New Yorkers can select up to five candidates on their ballots in order of preference. If no candidate garners more than 50 percent of first-place votes, runoffs take place until one comes out on top. Candidates with the least votes are eliminated in each round and their votes go to the supporters’ second choice.

But detractors worried the system would disenfranchise voters, particularly people of color and low-income New Yorkers, who might not have time to learn the process. 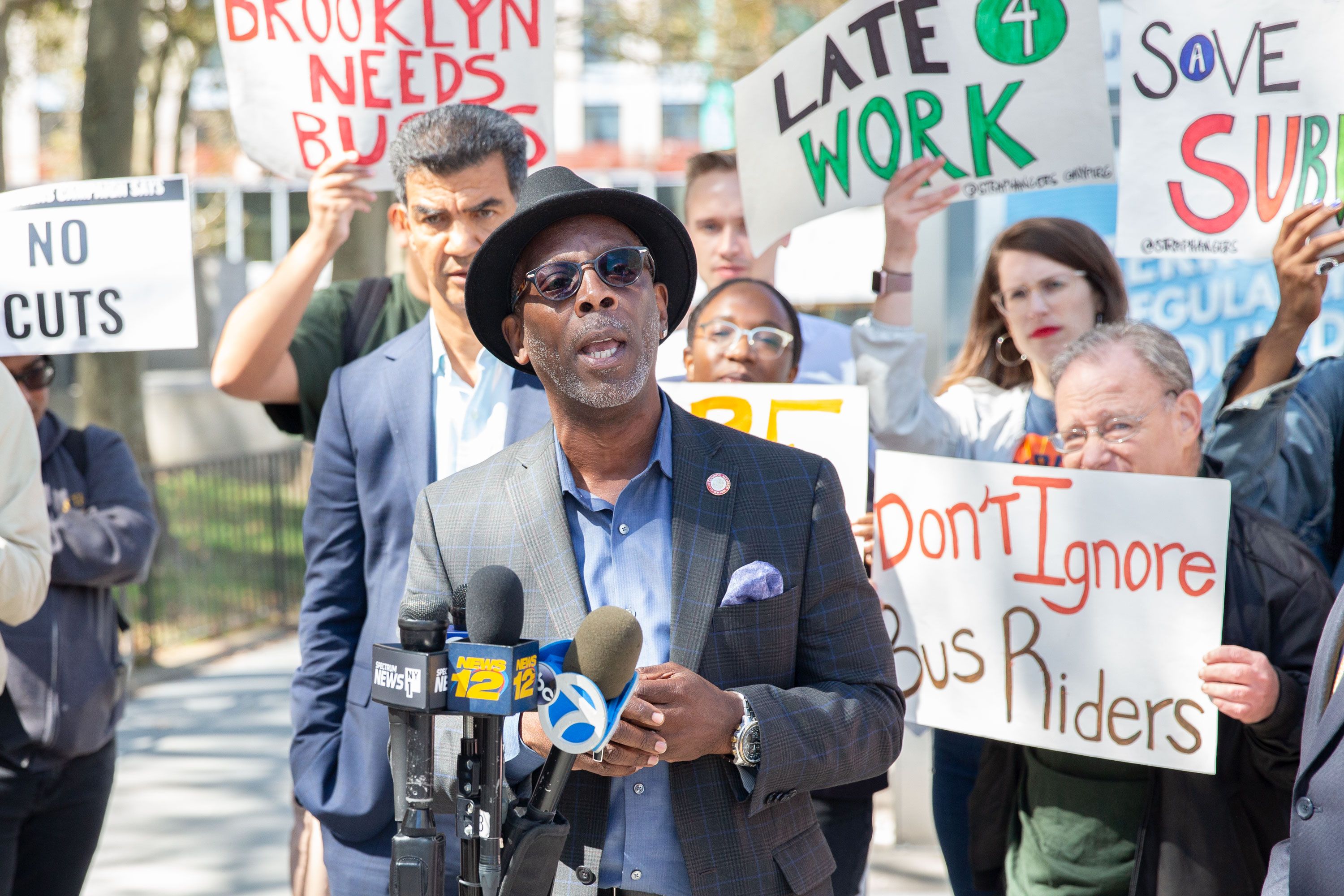 Many members of the City Council’s Black, Latino and Asian Caucus opposed ranked choice voting and unsuccessfully sued to delay its rollout. Councilmember I. Daneek Miller (D-Queens), co-chair of the caucus, is sponsoring a bill that would repeal ranked choice voting from the City Charter and put it up to a new vote in November.

During a Monday hearing held by the Assembly Standing Committee on Election Law, Miller testified that rolling out ranked choice voting burdened certain communities already struggling due to the pandemic — and charged that voter education efforts didn’t reach seniors, non-English speakers and people without internet access.

Voting experts and political observers in other jurisdictions that use ranked choice voting have said that widespread education campaigns can close any gaps in knowledge among demographics.

The city — through the Board of Elections, Campaign Finance Board and DemocracyNYC — conducted outreach in-person, online, via phone and text, mounted an outdoor and multimedia advertising campaign and created multilingual materials to inform voters how to use the ranking system.

Groups such as Rank the Vote NYC teamed up with community organizations to educate voters, and knocked on nearly 55,000 doors across the five boroughs.

The increased voter turnout and results of Rank the Vote’s exit survey, she added, are “a testament to our innovative media strategy, creative messaging, and deep collaboration with trusted community groups — and it’s a model worth emulating in future election cycles.”

During Monday’s Assembly hearing, Esmeralda Simmons, a civil rights attorney and executive director of the Center for Law and Social Justice at Medgar Evers College, criticized the BOE for not properly preparing the public.

But she praised community groups, such as the NAACP, for doing the heavy lifting of outreach — and said the outcome was “pretty good.”

“That’s because New Yorkers are smart, and if somebody tells them that they can have five bites of the apple, then most people will take five bites,” Simmons said. “Some people are used to only taking one bite and only take one bite, but I bet you the second time [ranked choice voting] goes around… they’re going to take five bites.” 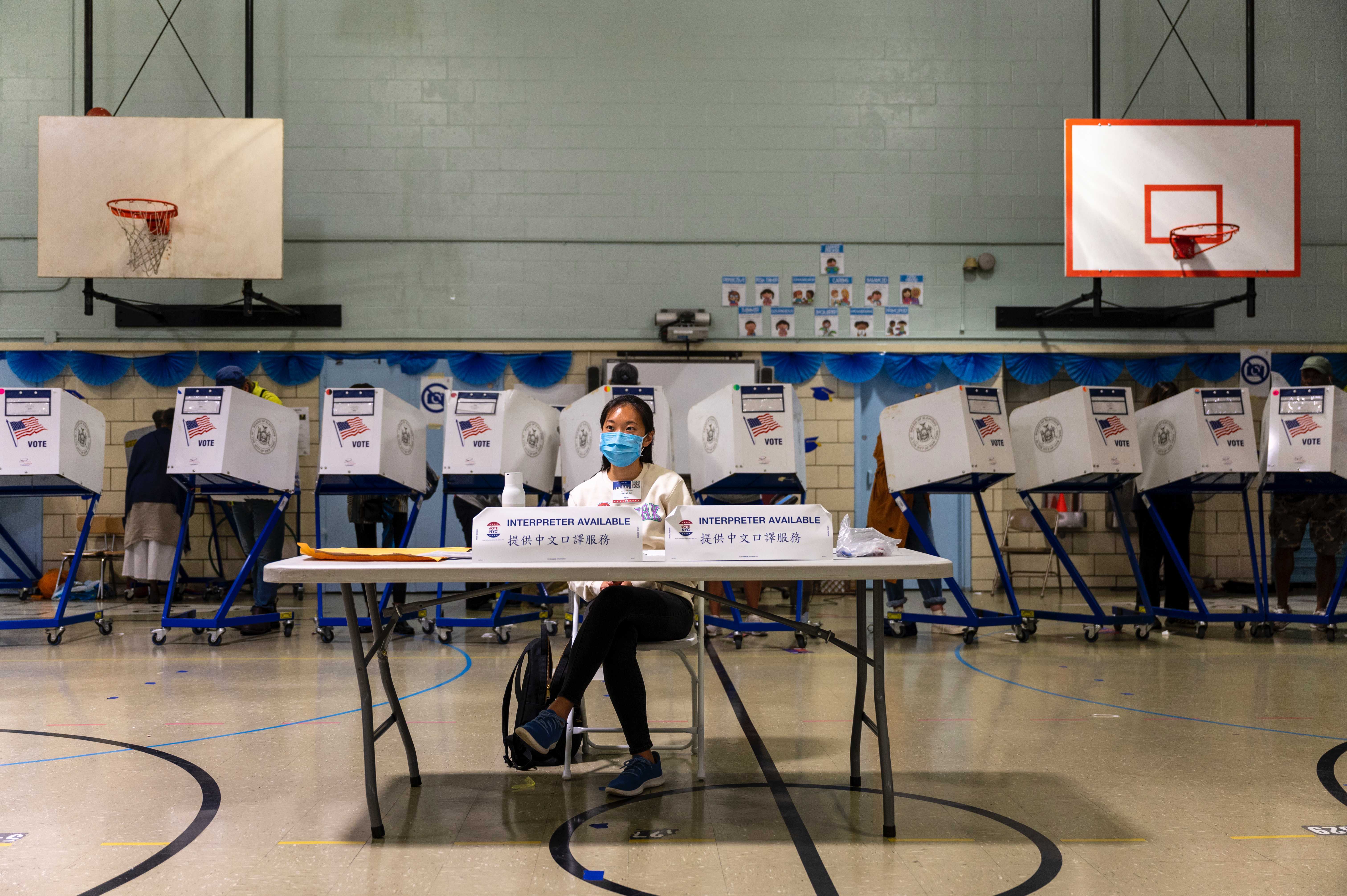 It’s possible that a voter who only “took one bite of the apple” and voted for a single candidate would have had their vote count until the very end — if they voted for Adams or Garcia in the mayoral primary, for instance.

An exhausted or inactive ballot is one that doesn’t rank one of the two candidates left after all the elimination rounds. This could mean the voter selected five other candidates or ranked fewer than five — whether or not they knew how to use the system.

So where some opponents of ranked choice voting held up the exhausted ballots as “a reflection of the electorate’s unawareness, lack of proficiency and or objections to rank choice voting,” in the words of the Rev. Kirsten John Foy, northeast regional director of the National Action Network, it’s not so simple.

“The fact that there were so few exhausted ballots,” said Goff, “at least in the mayoral race, speaks to the fact that people used all five rankings. It’s not perfect, but it’s a proxy measure for education penetration efforts.”

Only a detailed analysis of the cast vote record — the digital repository of raw data for all ballots cast — will illuminate differences in how various demographics of voters approached ranked choice voting during the primary election. Researchers can use this data to tease out local patterns.

“The patterns of inactive ballots can help to understand how well different communities made full use of ranked choice voting options or not,” said Steve Romalewski, director of the CUNY Mapping Service. “We will be examining the cast vote record data to see where there are concentrations, if any, of voters that chose fewer than five candidates, or if those patterns seem to be random and not aligned with any other population characteristics.”

The cast vote record can also point to where the city and independent groups can aim subsequent efforts to educate voters.

“Once we have more granular data, we’ll be able to at least set a benchmark and identify [election districts and Assembly districts] in which they might have been less likely to rank and follow up on that,” Goff said.

The data will help make it clearer as to whether voters seemed to genuinely rank their candidates or just filled out the ballot diagonally all the way down, she said.

The cast vote record will become available after the BOE certifies all races, said Valerie Vazquez-Diaz, an agency spokesperson. Certification is expected as soon as Tuesday.